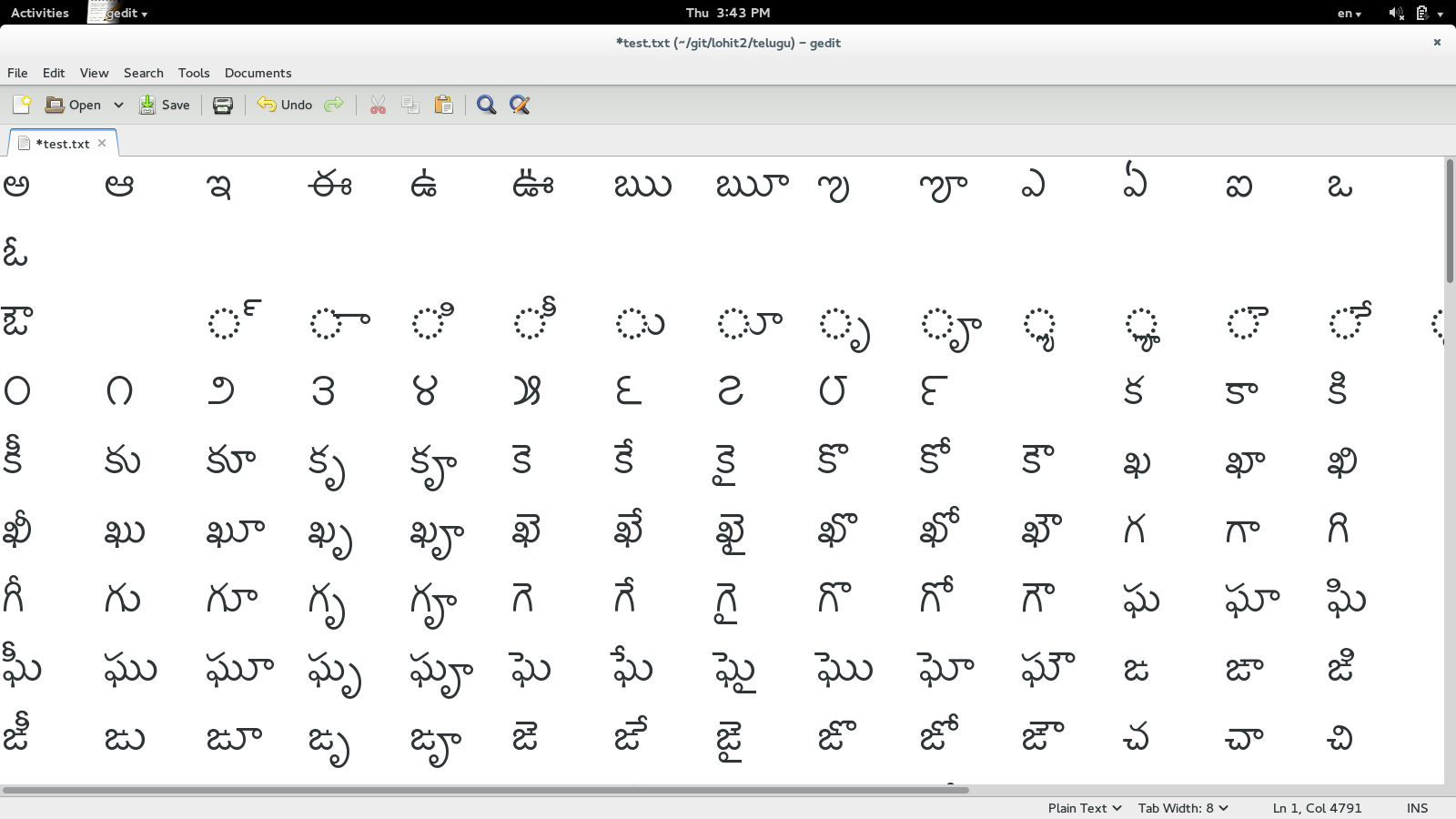 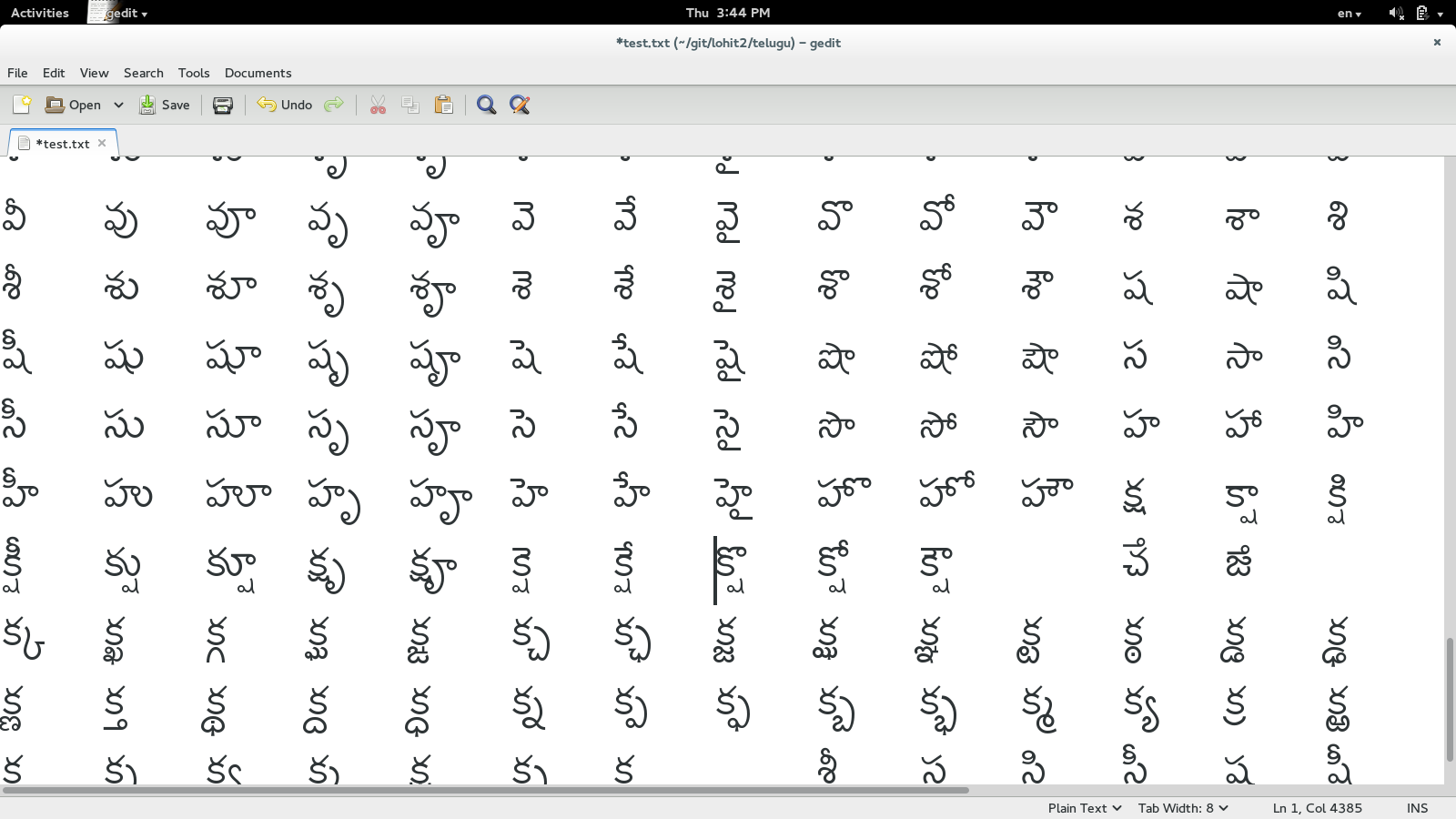 After the successful improvements in Tamil,Bengali,Assamese and Odia with Lohit2 Project. We now have  moved ahead  with the improvement plans for Lohit Telugu.

Initially we have planned the following things: 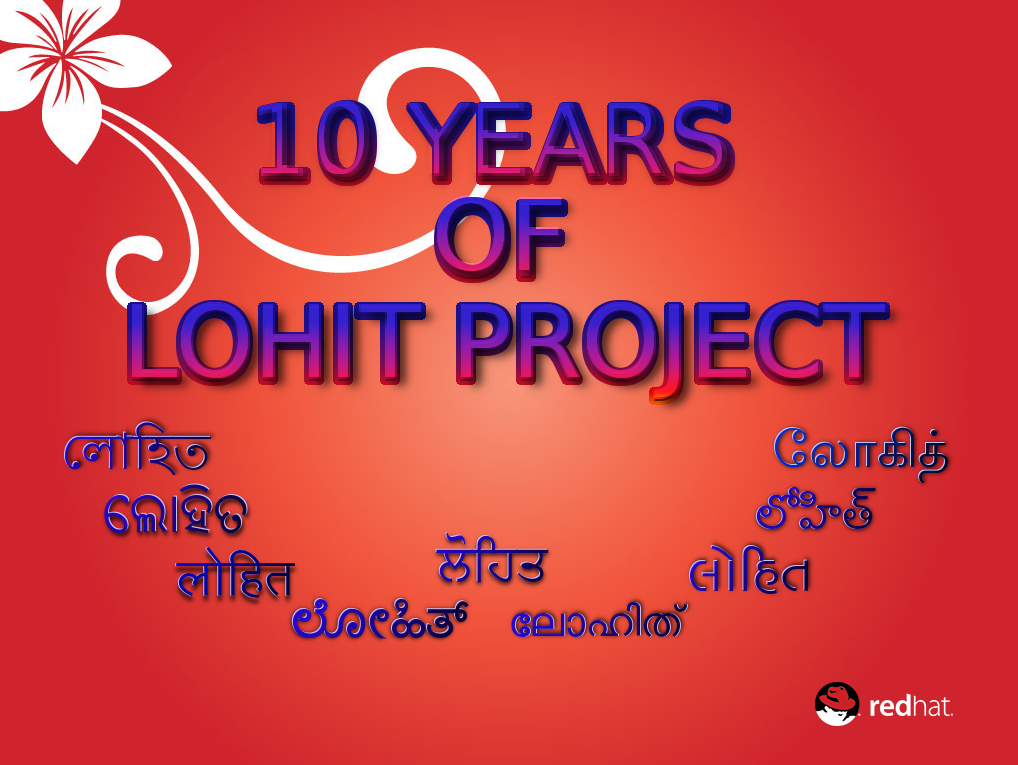 History of Lohit Project :
Font is the most important component for starting a Language computing. Earlier things were not good as far the "Indian Script Font " was Concerned . Red Hat understood this need . In their endeavor to help the open source community ,they purchased Good quality desktop fonts from Modular .Red Hat called it “Lohit” which means "RED" in sanskrit and released it under GPL license. That's how “Lohit” was born !!!

Achievement of Lohit Project :
Lohit Font is the default font for Indian Languages in all open source distribution like Debian,Fedora, Ubuntu, RHEL and Suse. It is used as a Web font in Wikipedia for Indian languages. It is also used in Android and by a few Government departments. The First­touch phone launched with Lohit Gujarati as a default fonts. Lohit Officially supports 22 Indian languages.

At the Fuel GILT conference we had a workshop for Lohit Fonts which included a presentation about the Lohit Project. We also had  cake cutting for Lohit's 10th anniversary at the conference. 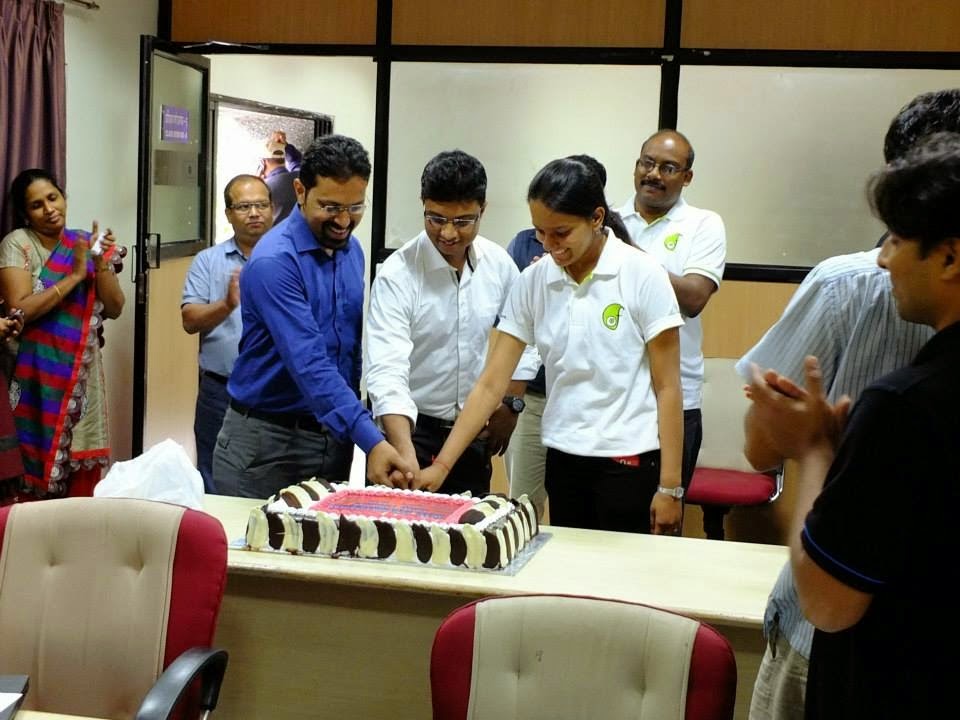 In the end, I would like to thank Pravin Satpute for taking Lohit Project to such a great height.

As we have proceeded with the work for Lohit2 Project ,We have now done the alpha release for Lohit-Tamil,Lohit-Oriya and Lohit-Bengali.We have done the testing for the same on Linux ,Windows8 and Windows Xp.We are facing some issues on Windows XP for Lohit-Tamil,Lohit-Oriya and Lohit-Bengali.These issues will be fixed prior to the Beta release.Here are the screenshots for the testing on Windows XP. 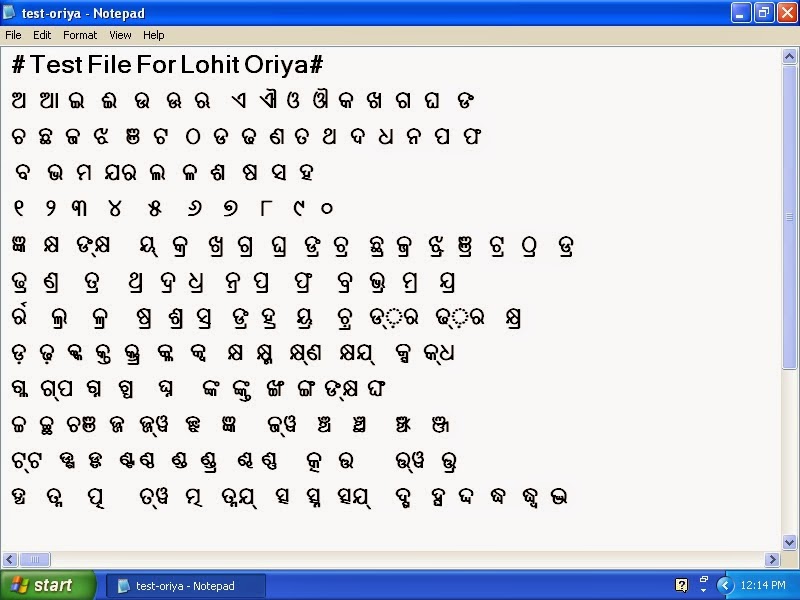 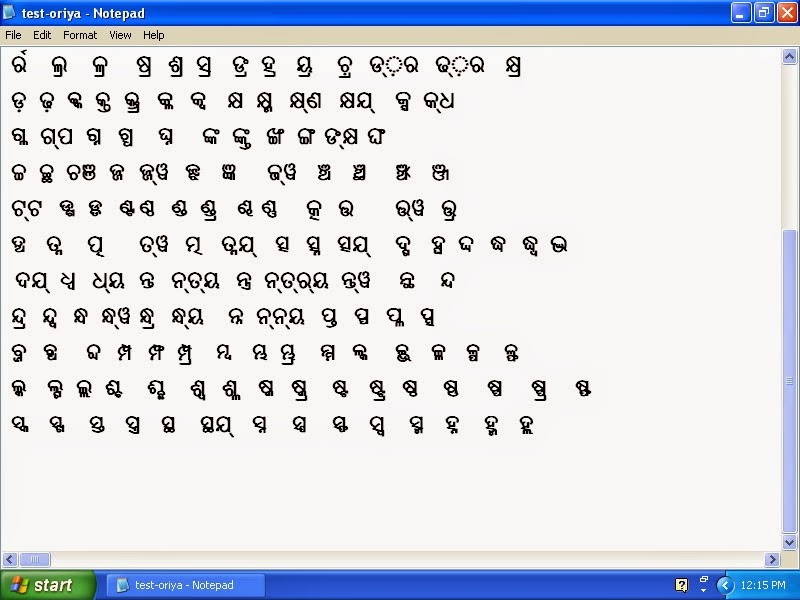 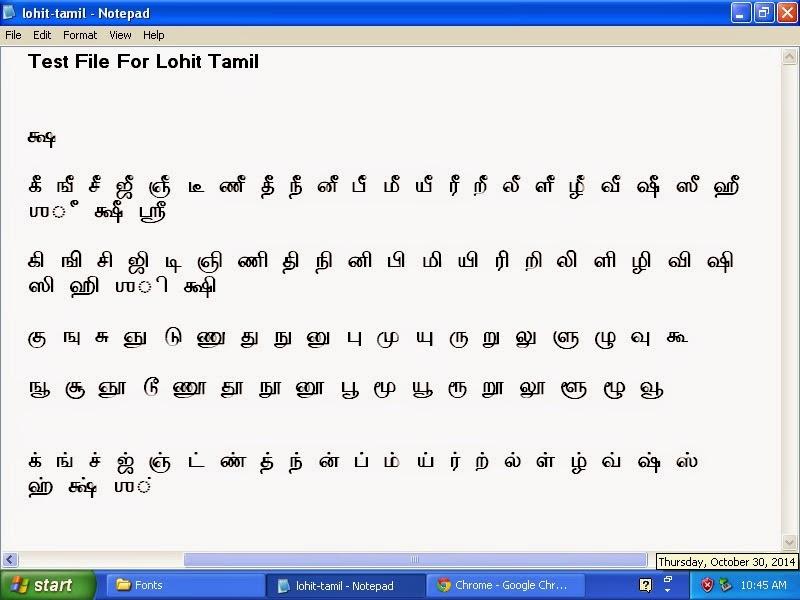 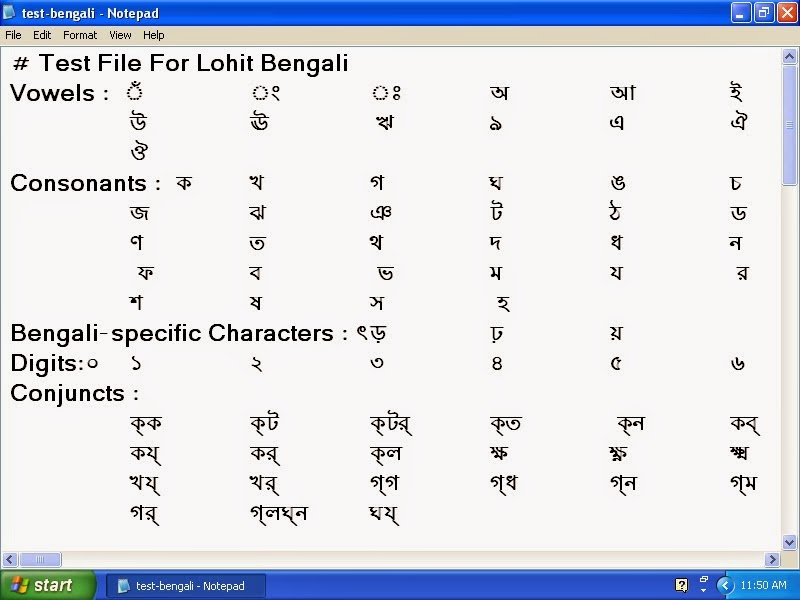 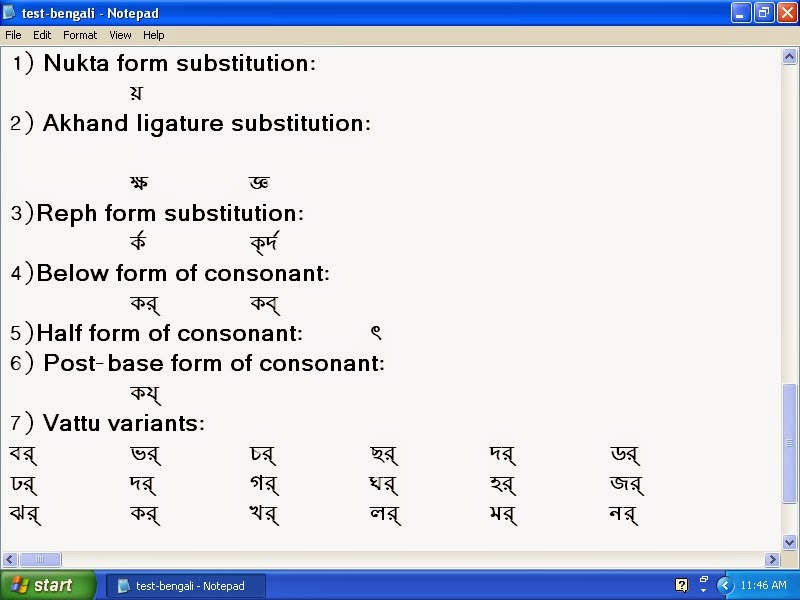 As we had already proceeded with the work for Lohit-Oriya as planned earlier, We are now going to announce the release for Lohit-Oriya. We have done testing of  Lohit-Oriya on Linux and Windows8. Here are the screenshots for the same.


Testfile screenshot of Lohit-Oriya on Linux :

Testfile screenshot of Lohit-Oriya on Windows8 :


Testfile screenshot of Lohit-Bengali on Linux :

Testfile screenshot of Lohit-Bengali on Windows8

Posted by Unknown at 2:15 AM No comments:

Initially we have planned the following things: